The Stone of Madness 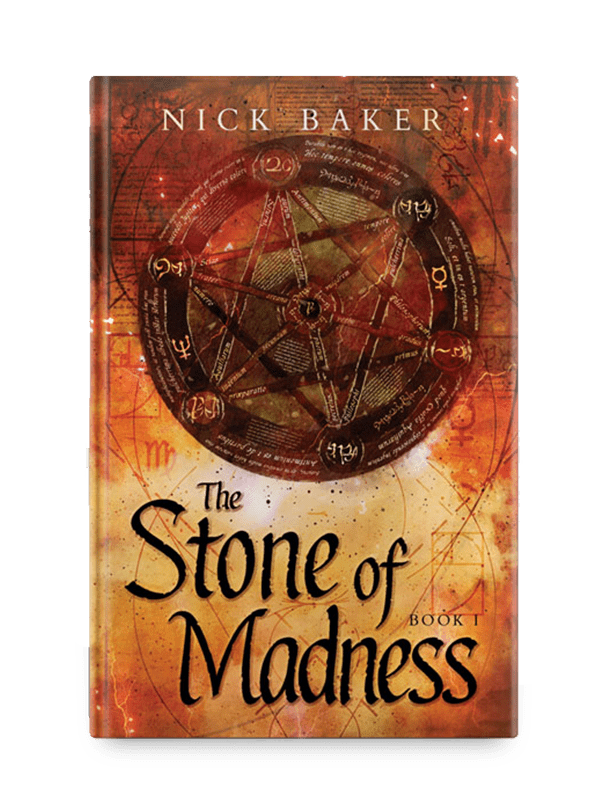 Henry Price and Pearly Black are the most brilliant alchemists of their generation, but as their unique metaphysical talents flourish, their friendship deteriorates into a bitter rivalry.

Following Black’s establishment of a shadowy organisation with dark, inscrutable goals, the men are firmly set on a collision course that culminates in Black’s death at the hands of his rival.

Ten years later, the theft of an obscure sixteenth-century manuscript hiding a powerful secret forewarns Price of a resurgence of Black’s former cultist allies, pitting an eclectic mix of alchemists, murderers, thieves, media tycoons, spies and academics against one another in a search that is seemingly being controlled from beyond the grave.

Nick Baker has pledged to donate to Saving Faces—a UK charity dedicated to research aimed at reducing the incidence and improving the treatment of facial injuries, disorders and diseases—for each copy of the book that is sold.