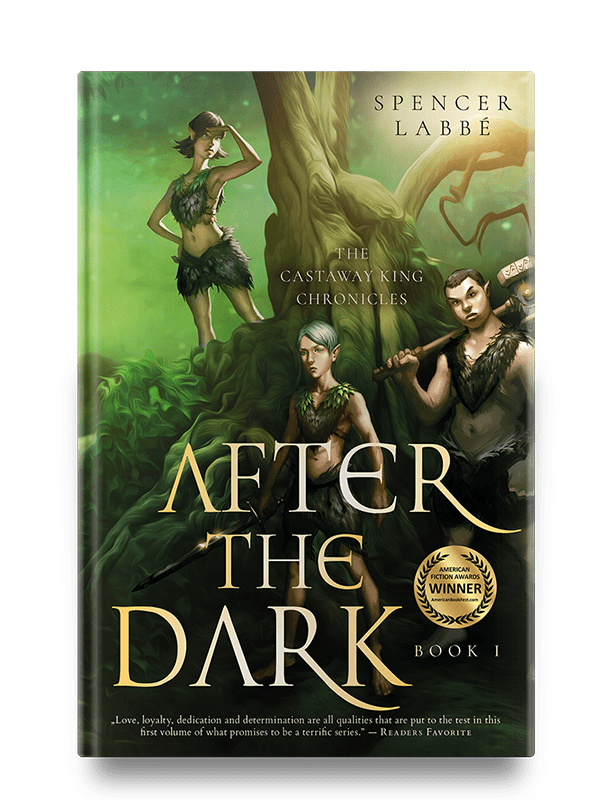 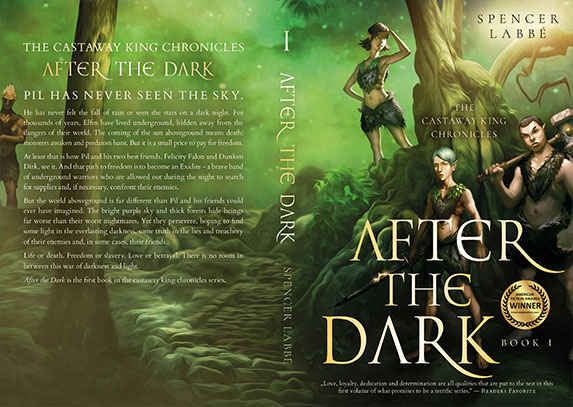 AFTER THE DARK IS THE FIRST BOOK IN THE CASTAWAY KING CHRONICLES SERIES.

Three friends fight for survival in the world aboveground. Elfin fear the light; but to survive in it they must not hide in the shadows any longer. Pil Persins has never seen the sky. He has never felt the fall of rain or seen the stars on a dark night. For thousands of years Elfin have lived underground, hidden away from the dangers of their world. The coming of the sun above ground means death; monsters awaken and predators hunt.

But it is a small price to pay for freedom. At least that is how Pil and his two best friends, Felicity Falon and Dunken Dirk, see it. And that path to freedom is to become an Exidite--a brave band of underground warriors who are allowed out during the night to search for supplies and, if necessary, confront their enemies. But the world above ground is far different than Pil and his friends could ever have imagined. The bright purple sky and thick forests hide beings far worse than their worst nightmares. Yet they persevere, hoping to find some light in the everlasting darkness, some truth in the lies and treachery of their enemies and, in some cases, their friends.

Life or death. Freedom or slavery. Love or betrayal. There is no room in between this war of darkness and light. br>
This is my created booktrailer: WATCH BOOKTRAILER